Soneike High School in Kuils River is busy establishing itself as a space learning centre and learners are encouraged to broaden their horizons.

Learners at the school are involved with a programme to launch Africa’s first private satellite.

The school has partnered with XinaBox and the Avery Dennison Foundation to expose learners to coding, recording and reading data as well as various aspects of space.

XinaBox CEO, Bjarke Gotfredsen, said the company purchased the first privately owned satellite in Africa with the goal of having high school learners being able to build satellites.

Soneike High School Principal Ronel Baker said the school wants to be the hub of space studies in the Western Cape. The school and its partners hope that the programme will encourage learners to pursue science, technology, engineering and mathematics careers. 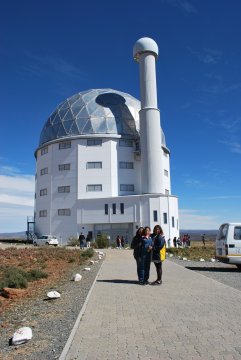 The Avery Dennison Foundation recently visited Soneike HS to experience firsthand how their contributions are making a positive impact on the program.

For more information about the partnership with XinaBox: